A spherical triangle is a figure formed on the surface of a sphere by three great circular arcs intersecting pairwise in three vertices. 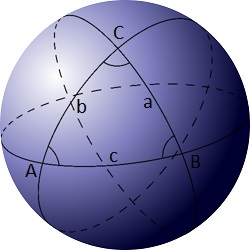